Although I own quite a number of them, I am not a big big fan of glitters in general. I don't hate them in the least but they're a bit to me what frost are to most. I fear the gritty texture like some fear brush strokes. To each their taste and preference. All this of course mean I don't buy many of them and when I do, it means it's really something. I didn't think twice when I bought "Black Polka Dot", anything black will tickle my interest. "Black Polka Dot" is a top coat made of hexagonal big black glitter and tiny round ones suspended in a milky dark grey base. It's pretty unusual and cool which is why I guess it intrigued me so much. The grey base is very sheer and doesn't show up on nails. Here I'm wearing 3 coats of "Black Polka Dots" over Essie "Mademoiselle". I could say that "Mademoiselle" seen under fluorescent light is slightly grey toned now but it might also be my imagination tricking me. 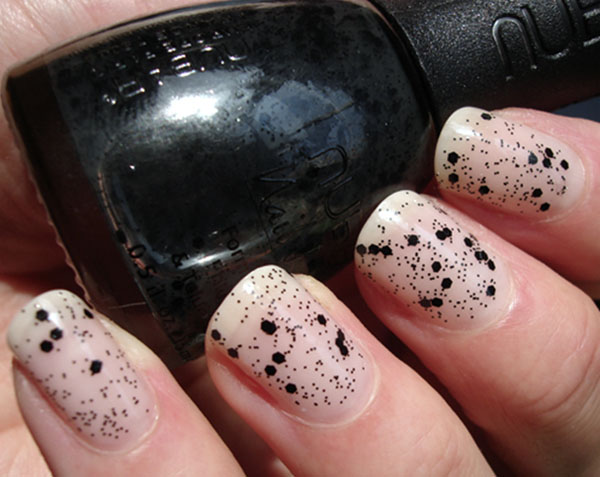 I'm not the best at applying glitter top coats and of course the glitters didn't conduct like I wish they had. But the polish will leave you enough time to place the glitters like you want - I could spread the brush 2 or 3 times on every nail to rectify the placement. Despite this, the 3 coats I applied were very fast to dry. The glitter are thin and not bumpy which is something I really like about it. You can barely feel them on nails. The removal, like all glitters was difficult - no surprise about that. I see "Black Polka Dot" working over many colors and this polish is inspiring me a lot. Some might say it's not so well named as it doesn't look like real polka dots (which is true) but I take things as they come (life has learned me to do so) and love it for what it looks. It's so bizzarely festive and sober at the same time. You know? Like black confetti thrown all over the place at very sad funerals.
Email ThisBlogThis!Share to TwitterShare to FacebookShare to Pinterest 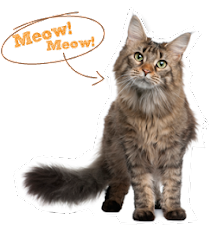